Yesterday, Netflix announced that it had reached a settlement with the National Association of the Deaf to caption all of its streaming content by 2014.  This is big news, but went largely unnoticed, just like the court ruling that prompted it.  This summer, the United States District Court in Massachusetts issued a decision in a case that was almost completely ignored in the press.  That was quite surprising considering that the outcome of the case has the potential to completely change how 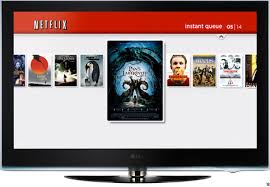 many websites operate.  The decision in National Association of the Deaf v. Netflix, 26 A.D. Cases 1091 (D. Mass., June 19, 2012) is a major step toward ensuring that people with disabilities are able to access the internet and experience a fuller range of the services available to the larger community.  The decision breathes new life into Title III of the Americans with Disabilities Act (ADA), which had languished for years under readings of the law that failed to recognize how important the internet was becoming to everyday life.

The National Ass’n of the Deaf decision is, in many ways, a follow-up to the 2006 decision from the Northern District of California in National Federation of the Blind v. Target Corp. (which itself grew out of the landmark case, Carparts Distrib. Ctr. v. Auto. Wholesaler’s Assoc., which held that “places of public accommodation” were not limited to “actual physical structures, but takes that decision one step further.  For those of you not familiar with the NFB decision, the court held that there must be a nexus between a service offered by a website and a physical location of that same company.  What that means in English is that when you go to Target.com and try to access an aspect of the site that had a real world corollary (like ordering photo prints to pick up in the store), then that had to be coded in a way that was readable by devices used by people with visual impairments.

So, what exactly does the National Ass’n of the Deaf decision change?  Quite a bit, actually.  Up to now, most websites had a choice about whether to make their content accessible to people with disabilities.  Typically, it is a good idea to ensure that your audience is as big as possible.  But for some sites, it’s more than just a simple coding trick.  Take Netflix.  It’s a service that streams other people’s content to a large number of devices, including computers, smartphones, media players, game consoles and even some televisions.  Adding closed captions is not as simple as flicking a switch.  Unlike DVDs, the digital movie files do not come from the studios with captions.  Netflix has to add those itself and it is not inexpensive.  While it is likely that Netflix wanted to add captioning eventually (already approximately 65% of its streaming titles are captioned, which accounts for about 82% of its overall content), it was not moving fast enough for some people.

To state a claim under the ADA, a plaintiff must show that the alleged discrimination involves the services of a “place of public accommodation.” 42 U.S.C. § 12182(a).  Title III ensures that places of public accommodation are made available to persons with disabilities.  Traditionally, these places included shopping malls, government buildings, parks, restaurants–basically, anywhere that was open to the the general population, as opposed to a privately owned residence. (Hint, this is why you notice that most public places have wheel chair ramps, but few private homes do.)  As more and more commerce started moving online, the answer to the question of what a place of public accommodation looked like on the web began to evolve.

The plaintiffs argued that an online service, like the one offered by Netflix, could fall within the scope of at least four of the twelve categories of service that Congress considered places of public accommodation. 42 U.S.C. § 12181(7).  The association argued that the Watch Instantly website fell within the scope of the “place of exhibition and entertainment,” “place of recreation,” “sales or rental establishment,” and “service establishment” categories.  As such, the plaintiffs claimed that  it was up to Netflix to ensure that all of its content was appropriately  accessible.  Netflix, relying on past decisions holding that a general website with no brick-and-mortar edifice or other real-world presence, resisted.  They further tried to argue that the Watch Instantly service could not be a place of public accommodation because they supplied movies directly to people in their homes.  Even that argument failed, even though the analogy that plumbers and pizza delivery were public accommodations made very little sense to me.  Many of the arguments in favor of finding Netflix to be a place of public accommodation did not make any sense, at least not the way they were presented in the decision.

I have not had time to analyze all of the briefs and arguments made by the parties, and in reality, it is no matter.  The court ruled for the plaintiffs and the parties reached a settlement.  It is unlikely that Netflix will appeal the ruling now (leaving a split in interpretations of the ADA between the Massachusetts and California courts).  That could create a good deal of confusion going forward.  Companies need a clear ruling, or else they have to spend money to merely cover contingencies.  This becomes even more problematic when you consider that most services that stream video do not actually own the content they stream, merely a license to distribute it.  My wife, the IP attorney, informed me that songwriters recently won a major victory against a popular song lyric website for copyright infringement.  There is a storm brewing between copyright license holders and many pubic and private legal entities who may have run afoul of the law in a major way.  This could make it much more difficult for people who want to comply with making content accessible, but who have to turn around and fight license holders for the right to transform the content in a way that makes it available for persons with disabilities.

I cannot quite tell whether this is an event to be happy about or whether it is just a small battle in a larger war.   Either way, Netflix has moved on and has already ramped up its captioning efforts.  How the ruling affects the larger internet is an open question.  Let me know if you hear or read anything about this so I can be sure to update this post accordingly.

An attorney in the Twin Cities and adjunct professor at William Mitchell College of Law where I teach a seminar on the law of virtual worlds.
View all posts by Justin Kwong →
This entry was posted in Legal Developments, Litigation, Rights and Civil Liberties. Bookmark the permalink.