The question has been raised in courts on several occasions, should Internet companies be required to make their sites accessible to people with disabilities?  I’ve come across a few cases that I was going to discuss in my class in a few weeks, but possible changes to the United States Justice Department could turn all those cases on their ear.  A story on MPR this morning from the Marketplace Tech Report indicates that the DOJ is looking into whether it should expand the reach of the Americans with Disabilities Act (ADA) to include the Internet as a place.  Today is apparently the last day the DOJ is accepting public comments before it begins internal deliberations. 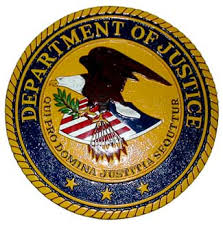 The ADA gives the Attorney General (who heads the DOJ) regulatory authority to enforce the ADA and determine to whom it applies.  As of now, there are 12 categories of public places that require accommodation measures, including grocery stores, movie theaters, airports, schools and law offices, among others.  These span both publicly and privately-owned buildings and businesses with physical locations.  The advanced notice of proposed rule-making (ANPRM) points out, however, that when President George H. W. Bush signed the ADA into law in 1990, the Internet was known to only a small number of technophiles and university researchers.  Now that Internet access is a major part of public and private life, the government must determine how to update the law to make it easier for people with disabilities to meaningfully participate in online commerce and communities.

The administrative rule-making process is long and cumbersome.  After gathering the public comments, the DOJ will have to weigh the substantive comments and then conduct a cost-benefit analysis to determine how any proposed changes to current ADA rules will affect the economy.  In the meantime, the current system will remain in place.  I mentioned earlier that there have been few lawsuits already questioning the extent to which the ADA regulates websites on the Internet.  In one prominent case, National Federation of the Blind v. Target Corp., 582 F.Supp.2d 1185 (N.D. Cal 2007), the matter centered on whether the inaccessibility of Target’s website, Target.com, affected the plaintiffs’ ability to access goods and services available in Target’s physical stores.  Although the case did not reach any of the substantive claims (it appears that the parties settled after the court concluded that class certification was not improper), it did highlight the complexity of bringing a claim based on inadequate website accommodations.  The ADA does not include the Internet or online services in its list of places for accommodation, but that does not prevent state laws, such as California’s Unruh Act, from creating broader protections.  This, however, creates even more complexity because it makes it difficult for users to anticipate which services will be accessible when they visit a site because it may depend on which state they access the service from and where the site or company is located or which state’s law it chooses to adopt in its Terms of Service.

With respect to virtual worlds and social networks, rule changes could finally provide some clear guidance that both advocates for those with disabilities and businesses alike have sought from the government to reduce the confusion that can arise from the mixture of vague federal laws and state laws.  For example, a California court was unwilling to consider a case where the plaintiff claimed discrimination on the basis of having several psychological disorders after being barred from Sony’s PlayStation Home network for being rude and offensive in chat forums.  Sony exercised its right to terminate the user’s account under its Terms of Use contract and that, apparently, was the end of it.  Other states have argued that websites or services that did not have a brick-and-mortar establishment in the state did not require accommodations.  Title III of the ADA was found to require accommodations in some non-Internet-related cases, but it is not exactly clear when and how those provisions should be offered.  The ANPRM notes several other instances of lawsuits and legal challenges that have raised the importance of making changes to the law.

We may see that changes to rules about how and when an account may be terminated will be required under the new rules, but I personally think it would be a stretch.  First of all, the scope of the proposed changes is limited.  The DOJ does not address claims that the Internet itself is a place of public accommodation, so that means that the law will affect only selected categories of sites and services using the Internet.  It also exempts content created for personal, non-commercial use, even if that content is posted to sites that would be considered places of public accommodation.  Second, accommodations for those with visual or hearing impairments are one thing; easing of rules for people who are pathologically rude or offensive might require an enormous leap in the willingness of agency rule-makers to change how businesses operate.  Just as most businesses are not required to tolerate loud, obnoxious people in their stores, regardless of what affliction they may have, I doubt much will change in that regard with respect to online services.  If it does end up covering providers of online services like virtual worlds, I don’t know whether they will be able to require users to waive coverage of the ADA through their Terms of Service.  I don’t see why not, as they can already force users to waive other rights with more substantial legal history than the ADA (trial by jury being one of many).

I look forward to finding out what changes the DOJ decides to ultimately implement.  The ANPRM raises a number of questions, that I don’t have time to address here, but I encourage you to read it and get your comments in before 11:59 PM EDT tonight, if you have any.  If you have questions for me, comments are welcome below any time.