Linden Lab, the creator of Second Life, issued a revision to its Terms of Service agreement earlier this month.  The terms span 23 pages in Times New Roman in 11pt font, so if you’re not the sort of person who actually reads those terms with any sort of diligence–as you should–let me just highlight one of the changes, in case you missed it.  It’s not a major change to the actual intent of the policy, but what it does is to finally acknowledge explicitly what I’ve said before, that Linden Dollars (Linden$ of

L$) are really just tokens and not an actual currency.  The virtual world makers have been moving away from the more definitive language that they initially used in promoting the world as they fend off lawsuits from users about perceived rights to aspects of the Second Life service.  (Whether those people were justified in those beliefs is still up for a jury to decide, at least as of this posting.)  It is clear that they are doubling tripling down on the legalese to further insulate their business from lawsuits, as you can see from the ballooning of words used to specify the license terms for using Linden$ (from 149 words in the April 29, 2010 version to 464 words in the October 6, 2010 version).

In a way, I’m glad that they are being more specific, even if it means that the contract is now even less likely to be comprehended by anyone reading it whose last name isn’t Kingsfield. 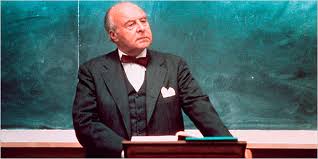 Ambiguity may be one of the thrilling things about the people you meet in Second Life–you never know who’s behind the keyboard–but it is a terrible thing to have in a contract.  Ordinarily, ambiguous terms are construed against the drafter of the contract, but good luck getting to that point with all of the arbitration and mandatory damages clauses usually tucked into the agreement.  My point is that, since few people are going to have the resources to actually get a case before a real live jury, it makes sense for contracts to be as tightly constructed as possible, even if it eliminates the possibility of reading the whole thing without having to take a day off of work.

Having read the Terms of Service or End User License Agreements for a number of different virtual worlds and other software services, it quickly becomes clear which companies are writing for an audience they actually expect to read the contract before they click OK versus those that write for the lawyers hired by people who feel that they have been wronged by said service.  I’m sure you’ll never find a company that voluntarily places itself in the second camp, but come on, 23 pages?  Let’s be realistic here, my car loan wasn’t that long.  And that’s just the main agreement; Linden Lab has separate policy pages for privacy, community standards, billing, banking, gambling, age play, teens, machinima, the Second Life mainland and marketplace, and still others.  All contracts have an implied “duty to read,” meaning that it is generally not a defense to the contract to claim one has not read it.  There are limits to this rule, however, which can be tested by the laws of unconscionability.   I have no way of knowing if a jury would find such a contract unconscionable, as it’s a very fact dependent inquiry.  I do know that most EULAs or TOSs for virtual worlds are about 5-7 pages–including ones that offer the possibility of spending real money–with maybe a few collateral contracts for specific issues, so who knows.

In the end, it’s all a balancing test.  How much reading the law will expect of a virtual world or other online service customer is anyone’s guess.  But you don’t have to take my word for it, let me know: How much reading do you think is reasonable?